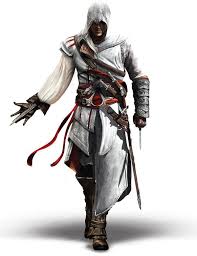 TIME ASSASSIN
Chapter 1: THE WATCH
'NEEEEEEROOM,PEW PEW PEW﻿ BOOM!' "ALEX GET OFF THE IPOD18.7 THIS INSTANT."my mother cried at me "fine"I stated seming like I wanted to argue "oh and don't forget to clean the attic"she said before telling the geniuse tv to turn on.I didn't want her any madder than what she was so I decided to agree. I went up the steps to the attic.The first thing I saw was a old looking box with a even older looking sticker with to Alex writen on it. "What?" I asked myself. I opened it, there was a pocketwatch with a engravement on it. It said: Alex, time is precious, Dad. Again "what" I said quietly"Alex are you done yet?"my mother called out to me from done stairs.I tucked it in my hodies' pocket"sorry got to go mum"I said as I grabbed my hover board.After I had got a few miles away from my house,I was going to my secret hiding spot when my friend decided to join me and I told him why I was off to the abandoned genius TV factory and he(of course)wanted to come and see the old pocket-watch.After we hit the small green-blue button at the front of our hover boards,our boards folded up and I took the watch out from my pocket,the golden watch glimmered in the evening sun."W-WOW,"Zach said "it looks it was from the 1930's or somethin'.""what, its the year 3204"I muttered to Zach"hey dude hit the little button at the top".I hadn't even noticed that there was a button on the watch,but there it was small,shimmering in the fadding light.Ipressed it,nothing happened,then I saw it ,and I belive Zach saw it to because he looked in shocked by every thing that was happening. TIME WAS GOING BACKWARDS, then suddenly blackness, then trees, a wagon with a big red cross on it and a note saying: Son defeat the Templars. Look for the red cross. Don't fail.then a photo of a cross with a big x on it 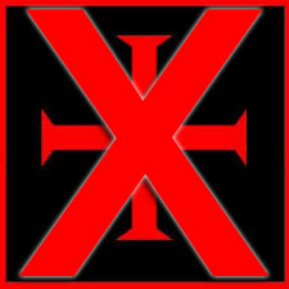 chapter 2 : templars'of time
(warning gets grousome)
I picked up a tomahawk (don't ask how I knew) and trew it as hard as I could at the horses' flank it hit right on mark and then the horse reared up knocking the templar of and onto the rough, stoney ground and cracking his skull.Then the horse kicked, hiting the horse behind in the face that horse threw its' ridder into the third and final templar knocking them both int﻿o a tree where they were stabbed in the chest and stomach by an out strechted  branch.﻿ After the three templar where murdered, I went to a small village just to the west of the little farm, on which I had appered on. After I got to the town I noticed that everyone seemed to be avoiding me, wait where's Zach, I thought, hastily I looked around me when I heard a soft thump, I spun " relax, it's just me," Zach said calmly, "hey, man, what's u..." he didn't finish the sentence because he had been hit by an arrow."Zach, dude, oh my god, ahh what do I do," but it was to late, he was hit in the heart, he was dead. The arrow whizzed past I looked up to see a
﻿
The unicorn rider
Powered by